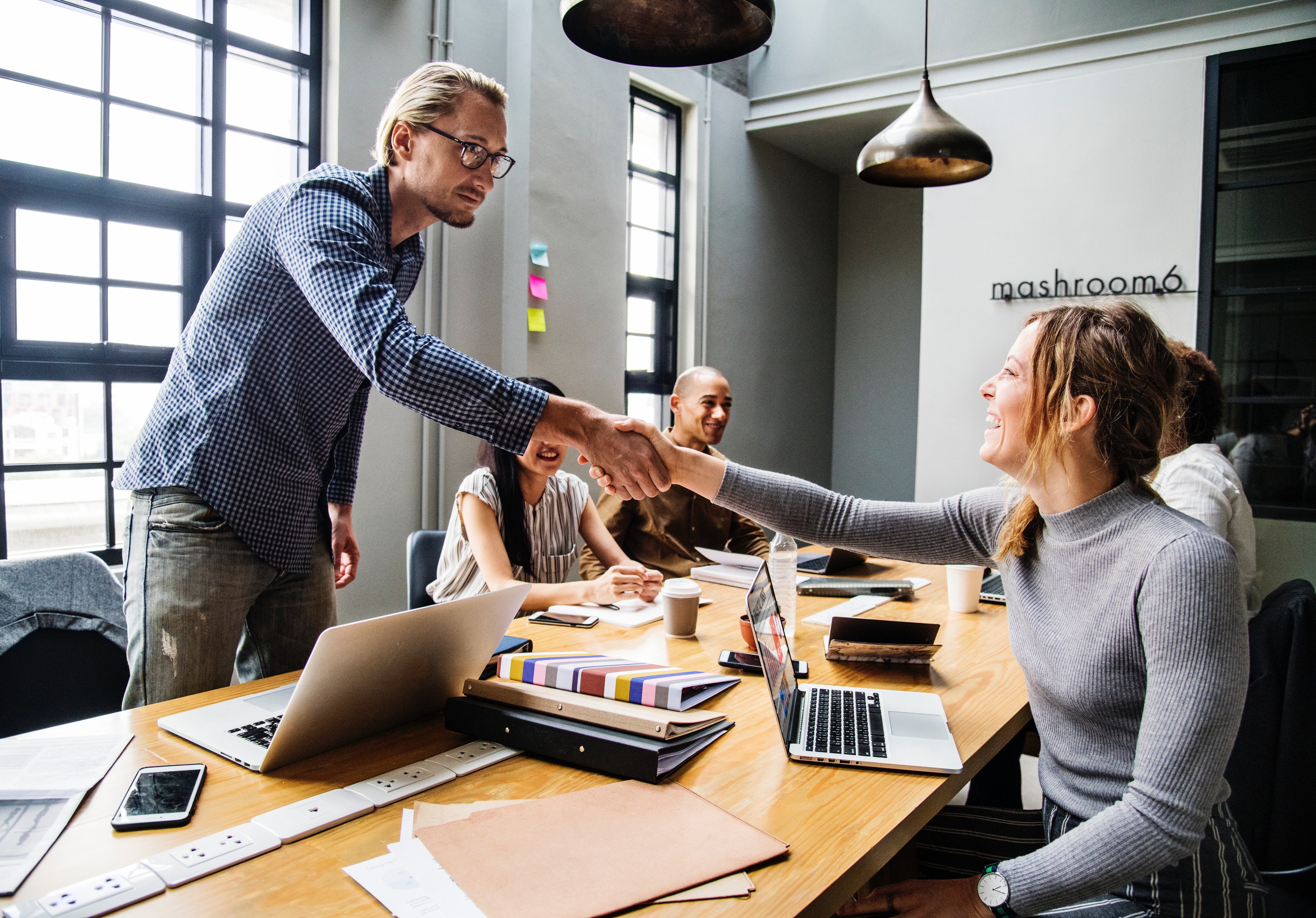 The Guardian newspaper is a great source of argument on topics like work, employee rights and wellbeing. Often there’s just too much content, and the day job gets in the way of response – but one article piqued my interest and incredulity. It was signed Anonymous and was published on 31st December 2018.

I feel that there’s more to this story than meets the eye and my analysis and comments might be useful to others in a similar situation.

The crux of The Guardian article is that the woman author, a journalist, has found out that a man who reports to her and whose work she manages, is paid £20k a year more than her. She feels that she has been treated unfairly and that she should have held out for more when she negotiated her salary. And she describes how her emotional response has transitioned through the five stages of grief.

Now, as a man commenting on this story, I recognise my bias, so I’m going to try my best at objectivity to analyse and understand this case. And I’m going to state my assumptions.

Firstly, let’s get the basics out of the way.

I’d also like to dismiss the possibility that these journalists are self-employed suppliers or that they could be classed as workers – sitting somewhere between employee and supplier. If either, they might well negotiate their market price and hence analysis can stop right here. So, I’ll assume that they are both employees.

Just for reference, suppliers (self-employed contractors and those using personal service firms and the like who invoice their client) have no redress under equality legislation. Workers have some redress but their status is difficult to determine.

I’m also going to ignore any complexities with reporting. If the author’s subordinate was a direct report, I’d expect that she, as manager, would have a say in determining their pay. I’m going to assume that the reporting is perhaps a matrix arrangement where, as task or function manager, she has no such knowledge or control.

For reference also, we need to differentiate between individual transparency and statistical transparency. Legislation requires that larger employers report gender pay gap statistically (as the difference between medians) at the level of the firm. Anonymous' article centres on fairness at the individual employee level.

Finally, Anonymous claims that the cause of the problem is pay secrecy – and hence that pay transparency would solve all issues. I’ll also respond to this claim.

How big is it?

If the firm has a pay strategy, that strategy should award pay to job value. I’ll assume that the strategy is not simply to negotiate every salary at the point of hiring and subsequently give more to those who moan the loudest. So, the bigger the job, the more the job earns for the firm and the more the employee is worth. The concept is meritocratic. How bigness is assessed is often the rub, and often the source of bias.

Firms that want to be objective in assessing worth invoke a job evaluation scheme. In Anonymous’ case, perhaps there is one in place and she is not aware, or her managers have a scheme but judge subjectively, leaving the field open for bias.

Anonymous suggests that it should be normal for a manager to be paid more than others. Not so. It’s all down to job value. In Philips, at the age of 30, I managed a development lab. Among my 20 staff, I managed two Principal Engineers who were paid way more than me and that was right and proper. Their contribution as experts was huge. That situation has been replicated many times across my career.

There are some basic principles at work here.

I’ve suggested that pay should rise with value (of the person) to the firm. Competence leads to performance. Performance leads to outcomes. Value is, all other things being equal, a proxy for outcomes. The more someone is capable of doing and the more they do, the more they should get paid. Few people would argue against such a meritocratic approach to determining salary.

A person’s competence typically rises with experience. Any interruption in that linear rise of experience will cause a blip in the rise of pay. So, any absence from work will stall pay. Most people, other than Marxists, would accept this argument as right and proper.

And now to the emotionally charged real-world comparison between men and women and between people who have children and those who remain childless.

Firstly, having a child is a life choice. Some choose to. Others choose not to. And whatever happens, those who choose to have a child will suffer an interruption in their work experience. Those choosing to have a child will also have their life dictated by that child – even if the parents return to work. Substantial parental resources will need to be expended on the child. Given that we all have finite resources, something must give – and often it’s devotion to work.

After three kids, my wife and I can relate to all of this.

Secondly, mostly it’s the childbearing woman in the partnership (or a designated adoptive parent, when adopting) who takes the bulk of the child-rearing duties. Many argue that this is not right and that’s a debate for another day. Many couples do try to balance a bit, but in the end that’s the way it is. So, both parents will suffer a hiccup and slowing in experience, but generally one more than the other.

So back to Anonymous and her claim that she is treated unfairly.

There’s much that we don’t know about this case, but prima facie, she has had a child, she manages child-rearing and has had time off. So, she has suffered in work experience and in corresponding salary. What’s wrong with that?

Just hold off before you pillory me! Let’s look at the discussion about pay secrecy because that holds some keys to further understanding.

We need to define pay transparency. Do we mean that each employee’s gross and net pay should both be made public? That’s a huge privacy intrusion and I’m assuming that, if put to a vote, no-one would give that the thumbs up. Most people would even consider that their gross pay is between them and the employer and is not anyone else’s business.

But if we mean that no pay information is to be discussed, and hence management operate in complete secrecy when determining pay, that breeds distrust.

Typically pay structures have some sort of graduated scale reflecting rising competence. The higher education pay structure is typical of this. In that, there are 51 salary ‘spines’ grouped into eight pay bands rising from about £20k to £100k. Each spine is a few hundred Pounds wide. The NHS and other governmental and quasi-governmental employers have similar structures. Private firms, on the other hand, don’t split the bands up. Generally, SME managers prefer wide bands so that they can reward on merit within the bands. Many governmental and quasi-governmental employers lament the rigidity of the union-negotiated spines system that precludes meritorious rises. Anonymous works in the private sector so I’ll assume that bands, if there are any, are wide.

In any case, once all jobs and associated job-competence are assigned pay bands, and every employee is pinned to a band, their salary is known – maybe to within £10k or £20k in the private sector and to within a few hundred Pounds in the public.

So arguably, pay transparency should be defined as the state where each person is assigned to a pay band and associated job title according to competence. Pay bands are then given upper and lower gross salary bounds and these are made public. Transparency is partial, but this usefully avoids each person being described by their gross salary, as if wearing it as a badge on their forehead. Instead, they’re a Principal Engineer, or whatever, and everyone knows roughly what a PE is paid.

Once on a band, it would be difficult for management to demote, but conversely, if there’s a hiccup, like an absence for child-birth and child-rearing, the meritocratic rise up the band rightly stalls. Others who choose not to have children would overtake, and maybe even get promoted to the band above.

All this presumes that both employees have the same starting competence and the same potential for competence increase. If that’s not so, it becomes a bigger debate.

Now, I don’t want to get into arguments about fairness around the pay structure that a firm might use. That’s for the firm to determine in its rules about how its managers use the structure. I also don’t want to get into methods of attracting scarce skills with scarcity supplements. But you’ll see from this discussion that, in the case described in The Guardian, a £20k difference (on a salary of maybe something like £100k) may well be quite reasonable.

If there’s a pay structure, and if Anonymous’ and her colleague’s positions on that structure are arrived at by merit, then it’s quite reasonable that her progress would stall upon taking time off or weakening her devotion to work. Even if they started the same, the two jobs done might now be different and, hence, no law or moral code has been broken.

If you’d like to discuss this blog some more, do leave a comment, or call me. It’s a big subject and one or two articles won’t scrape the surface of the issues.

You might also be interested on my colleague's article entitled What does gender pay gap tell us about society?

Some issues that spin from this are: