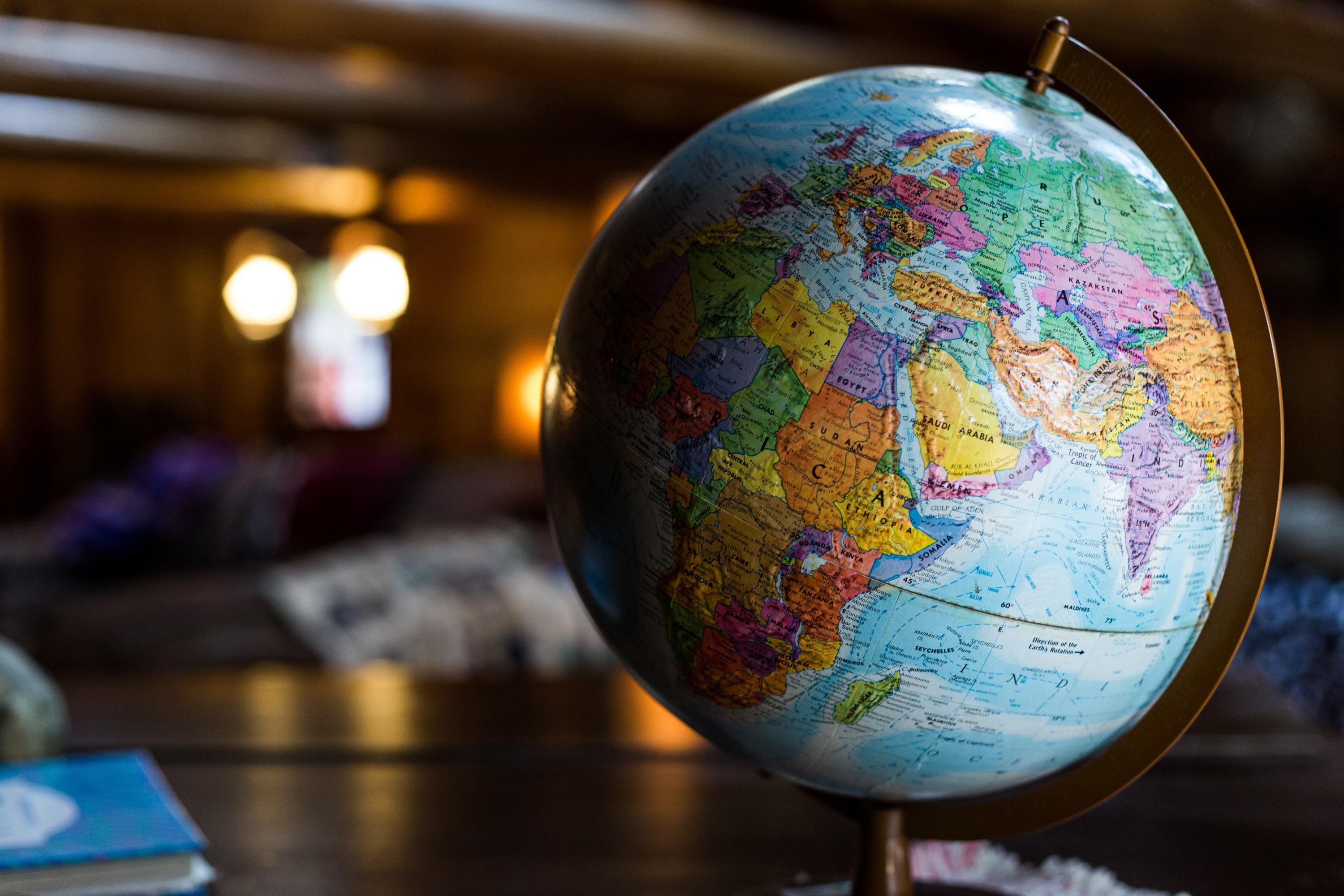 Many managers think that it’s simple to build an international concern. They believe that it’s simply a matter of finding some people, making offers, getting their acceptance and giving them a place to work.

Of course, even that is complicated, as you’ll see if you read our many papers on the business of employing people aboard.

So, what are the issues, and how does a manager overcome them?

First, let’s be specific. We are talking here about a firm, headquartered in the UK, with outposts of some sort abroad. We discuss possible structures in our book, Because Your People Matter: a playbook for management excellence. See page 11 for a diagram.

Those outposts can be dispersed, as individual workers or groups. Or they can be managed directly, or under the leadership of one manager: that’s the distributed firm. The structure is all-important because it reflects and drives many other characteristics.

For now, let’s simplify. Let’s say that all workers, wherever they are located, are employees.

With structure goes the degree of integration expected. A highly integrated firm tries to treat all employees as equals, regardless of where they are located. So, a software developer in Rio has the same place and role as a software developer in Cambridge. They work together in international teams. A low-integration firm acknowledges the structural difficulties and expects outposts and the centre to work as separate entities, ‘trading’ at arms’ length.

The highly integrated firm is a valiant, if misguided attempt, to overcome Frederick Brooks’ observation that in any venture, bugs gather at boundaries. That logic suggests ‘no boundaries, no bugs’. But it’s not that simple, as we shall see.

All employees experience and work in the firm’s culture. Culture is simply defined as ‘the way we do things here’. Possibly the best ever characterisation of national culture is that by Geert Hofstede. His international model characterises every country by six indices – and comparing UK and Brazil, for example, shows three huge differences that play out in employee attitudes.

Brazilians have high power distance. Employees see themselves at the bottom of the pyramid, with little chance of movement up the hierarchy. But those who have advanced demand respect for their position. They are highly collective and build cohesive groups. They are highly social and need to spend time in discussion and collective decision-making. And they don’t respond well to risk, avoiding uncertainty. They expect work structures and rules to guide their lives while needing time to relax and chat in the working day.

Brazilians and Brits are very different. Those three areas – power distance, individualism and uncertainty avoidance - will give UK managers headaches. As examples, they show how two software engineers in, say, Rio and Cambridge, think differently and will not simply integrate, despite what managers might want.

Competence is central to the employee’s ability to generate a desired outcome. The singular, competency, and competencies in total, describes a basket of abilities, skill and knowledge stemming from intelligence, personality, personal preferences, fit with the job, experience, training, confidence, attitudes, beliefs and values. Much will depend on life experience up to the age of 20.

Each software developer will have had a unique upbringing. Each will have had a unique training. Some will embrace Edward Yourdon’s structured analysis while others take a more informal line – metaphorically described as ‘knife and forking’ software. Some will embrace rigors and standards learned at university while others are less formal, having been self-taught. As a result, each set of competencies will be very different. There may be general similarities between those in Brazil and those in UK, but huge differences between the developer groups in the two countries.

Some big firms, like Thales and Philips, have tried to level up international employees by building their own international staff ‘universities’. Usually though, such institutions only train senior grades, and in any case, such overheads are usually the preserve of multi-nationals. Others try to overcome this gulf by demanding absolute adherence to company methods – with all the pain that this brings.

Many firms have found that the cost of international travel to try to level up these differences and overcome gulfs in quality far outweighed the benefit. Poor quality stemming from lower competencies has fuelled the now-popular re-shoring. Firms like Mulberry, Hornby and Raspberry Pi are bringing operations back to the UK from China. Remember that poor quality is a cost.

Then there’s pay and employment conditions. Taking the software developer example, senior practitioners in the UK typically earn £80k. That gives them a very decent lifestyle.

In South Africa, the typical senior developer salary is R592,197, earning employees an adequate lifestyle. That’s £31k if simply converted to Sterling at a spot rate. To get a figure comparable with the UK rate requires an adjustment considering the higher cost of living in the UK. Once adjusted for cost of living, this gives a figure of around £55k – prices are between 60% and 110% higher in the UK.

The remaining difference of £25k is reflected in demand and supply – the UK has a higher market price. No-one would join a UK firm offering £55k and so the offered salary must rise.

But whatever the reason, there’s a big difference. Differences matter because employees will learn about them and will resent such apparent inequality, even though there’s good reason for it. Such perceived injustice is exacerbated as teams become more integrated.

Correcting such difference is complicated. Perhaps the very reason why the firm has opened an outpost abroad is because employment costs are lower.

That leaves us with two huge issues.

The first, working across time zones, is arguably a practical problem, easily solved. If the time difference is two or three hours, it may be possible to have UK start earlier: 09:00am is 11:00am in South Africa so a shift one way or other is easy. Whether that works depends on what the foreign entity is there to do. If it is to satisfy local customers, that won’t work because two hours are lost at the end of the day.

If the time difference is more than a couple of hours, problems build. An integrated company needs to be just that: integrated! Software developers perhaps need to ‘buddy’ or partner in Agile teams and that can’t happen unless they are both working at the same time. Simply, the bigger the time difference, the less integration possible.

And then, second, there’s the thorny problem.

We assumed, initially, that all workers were employees. That assumption meant that all would have the company’s interests at heart. It meant that all might feel they were ‘in it together’, however questionable that might be.

It’s when contractors and employees are mixed that we see real fun.

Employees work for firms or branches of firms abroad. But many firms don’t want the overheads of registering a branch or starting a subsidiary. Many are happy to enter a business-to-business contract with individuals as sole traders. So, teams can be a mix of engagement types.

We don’t have time or real-estate here to go into all the issues on this. They are summed up by the idea that two types of individual with different expectations and different remuneration forms are expected to collaborate. Add that to the issues of structure, culture, competencies and time zones and managers get a toxic mix that is likely doomed from the start.

So, what’s the solution?

Each issue is on a spectrum. Integration can be high or low. Structure can be distributed or dispersed. Culture can be similar or opposed. Standards, methods and tools can be the same, as good or sub-standard. Competencies can be aligned, complementary or supplementary – or just plain different. It takes analysis to determine what’s possible.

The message though is simple. Don’t think that international operations are straightforward. Think hard and set out the benefits before counting the likely cost. If you simply can’t hire the skills in the UK, but you can in South Africa, that may be a compelling reason for opening a branch there. But if it’s just for cost cutting, remember that, as in the South Africa example, things change. The Rand to Sterling exchange rate swung between 0.042 and 0.063 over three years. Costs would have almost doubled, challenging the viability of any long term plans there.

Many firms do integrate international operations, but great thought is needed to make it work.

Just how many firms use workers abroad